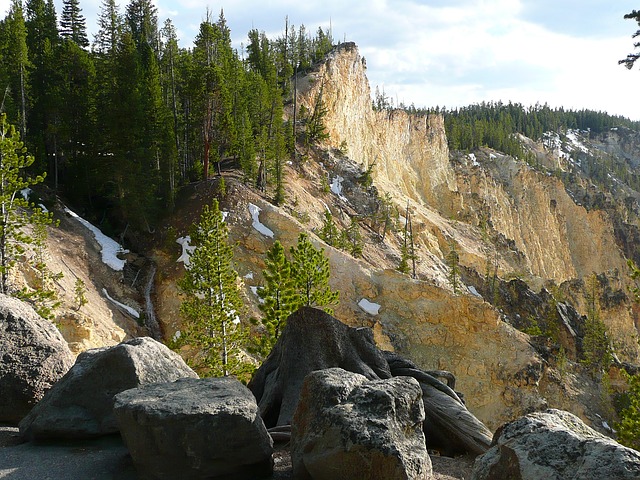 Yellowstone National Park has set a new annual visitation record this year, with September seeing the most visitors than any other September in history.

More than 3.8 million people visited Yellowstone in September, according to figures from the National Park Service, reports Business Insider. The previous annual record of 3.6 million was set in 2010.

If the next three months follow the trend, Yellowstone could log more than 4 million visitors this year.

More international and urban tourists are visiting the park and the increased traffic is up 16 percent over last year. This poses new challenges the park on how to keep visitors safe on the 2.2 million acres of land dotted with scalding geysers, steep canyons, and roaming wild animals.

A man was attacked and killed by a grizzly bear in August when he went hiking alone and off-trail. Five tourists were injured by bison this year, including some who got too close to the large beasts with their cameras.

Spokeswoman for Yellowstone, Julena Campbell said the busy year was obvious from “just moving around the park.”

Amy Bartlett, another spokeswoman for the park, attributes the rise in visitors to the national campaign Find Your Park. “Some of it we can’t explain,” she said.

Some of it we can’t explain.

Officials from Yellowstone have announced that the road over Dunraven Pass will remain open a week longer than originally planned, according to The Washington Post.

Weather permitting, the Grand Loop Road from Tower Fall to Canyon Junction will remain open until October 19 at 8 a.m.

Ongoing construction on the western side of the park and a favorable weather forecast were part of the decision making process to delay the closing, according to park managers.

The road will be closed if weather conditions change and the pass becomes unsafe at any time.