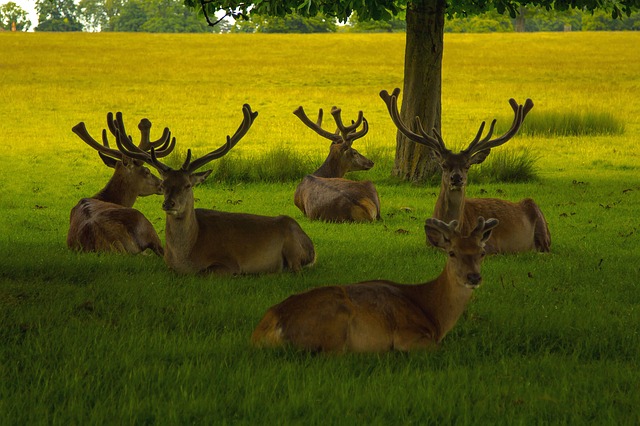 Wildlife in the area surrounding Chernobyl seems to be thriving in the radiation-contaminated exclusion zone, according to a new study. Many large mammal populations were found in the area including wolves, wild boar, red deer, roe deer, and elk.

The study, published in the journal Current Biology, finds that a nuclear disaster may be less threatening to wildlife than habitation, reports The Los Angeles Times.

The results show that the exclusion zone supports wildlife, “regardless of potential radiation effects on individual animals,” the study authors wrote.

These results demonstrate for the first time that, regardless of potential radiation effects on individual animals, the Chernobyl exclusion zone supports an abundant mammal community after nearly three decades of chronic radiation.

The 1986 Chernobyl incident was one of the world’s most catastrophic nuclear disasters. An explosion and a fire at the nuclear power plant in Ukraine released radioactive material into the air, which spread over several countries. An estimated 116,000 people were permanently evacuated from the 1,622 square-mile Chernobyl exclusion zone.

The study shows that the numbers of wildlife are “much higher than they were before the accident,” according to BBC News.

Professor Jim Smith of the University of Portsmouth said that these findings do “not mean that radiation is good for wildlife.” Rather, the “effects of human habitation, including hunting, farming, and forestry, are a lot worse,” explained Smith, lead author of the study.

It’s just that the effects of human habitation, including hunting, farming, and forestry, are a lot worse.

Smith and his colleagues from the Polesky State Radioecological Reserve in Belaurs examined data from aerial surveys that counted the large mammals in the area. The number of these animals “in Chernobyl is similar to the populations in uncontaminated nature reserves,” Smith said.

The numbers of animals we see in Chernobyl is similar to the populations in uncontaminated nature reserves.

Most surprising was the number of wolves in the exclusion zone – up to seven times higher than the number on nature reserves of a similar size. Smith attributes this to the lack of hunting – and humans – in the area.

The study of the exclusion zone shows what happens to wildlife conservation “when you take humans out of the picture,” said Smith.

The study did not look at the health effects of radiation on wildlife.

In another study concerning wildlife preservation, scientists discovered the measures China takes to protect the endangered giant panda are beneficial for many other species.