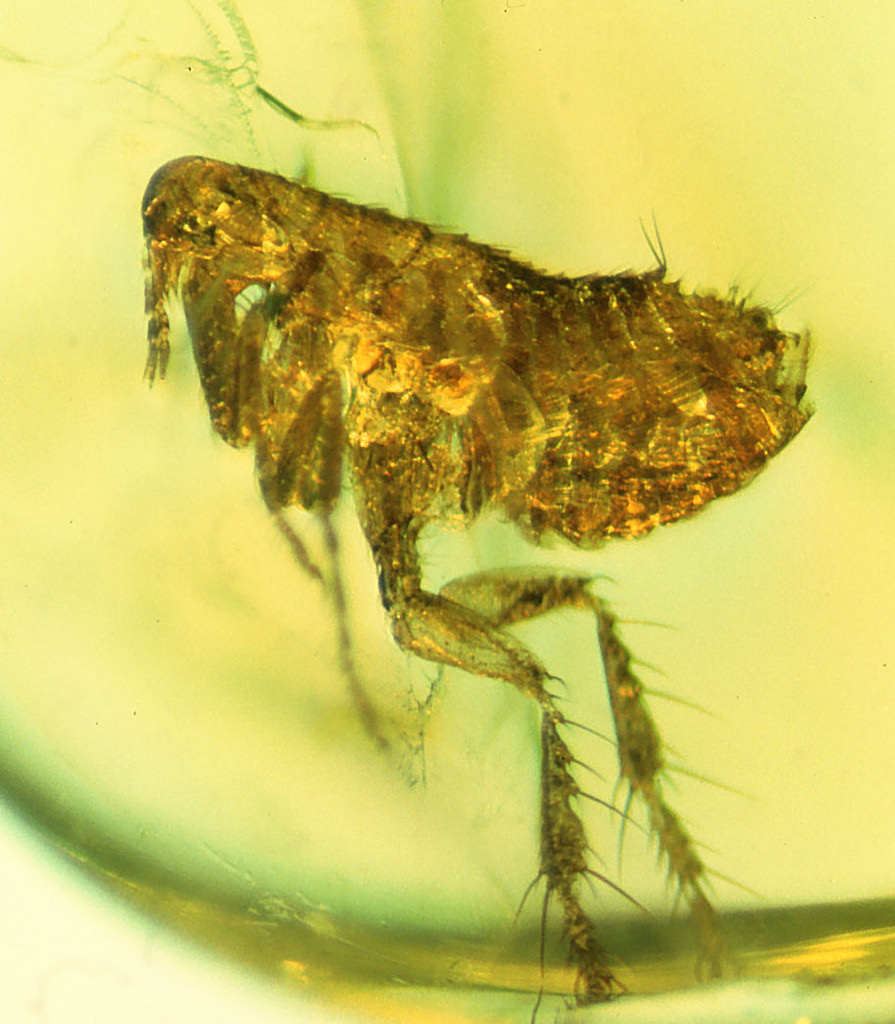 A 20 to 45 million year old flea encased in amber has been discovered in a Dominican Republic amber mine between Puerto Plata and Santiago. Micro-organisms were found in the flea’s rectum and near its sucking mouth parts, or proboscis, as reported by Discovery News. These micro-organisms greatly resemble Yersinia pestis, a bubonic plague bacterium that can infect both animals and humans.

A form of Yersinia pestis bacteria is responsible for the Black Death, a pandemic that killed more than half of the population of 14th century Europe, as outlined in an article by Oregon State University. What the flea discovery shows is that plague bacteria may have been around significantly longer than experts had previously thought.

The discovery has been published in the Journal of Medical Entomology by George Poinar, Jr., an entomology researcher in the College of Science at Oregon State University. Though it is impossible to accurately classify the bacteria found on the flea, Yersinia pestis is the only known genus of bacteria that forms both short rods and almost-spherical cell shapes — shapes that were clearly observed by Poinar in the bacteria on the flea.

Plague may have played a larger role in the past than we imagined.

“If this is an ancient strain of Yersinia, it would be extraordinary,” Poinar said. “It would show that plague is actually an ancient disease that no doubt was infecting and possibly causing some extinction of animals long before any humans existed. Plague may have played a larger role in the past than we imagined.”

Previous genomic studies suggest that the flea-plague-vertebrate cycle dates back to only about 20,000 years ago. The discovery of Yersinia on the 20 to 45 million year old flea disrupts this earlier finding, however, indicating that ancient Yersinia pestis strains may have been responsible for the deaths of countless species long before the appearance of humans.

The flea may have become trapped in resin soon after feeding on an infected rodent, since rodent hair was found in the same amber source. Plague cases still show up from time to time around the globe; there have been four plague-related deaths in the US this year alone.