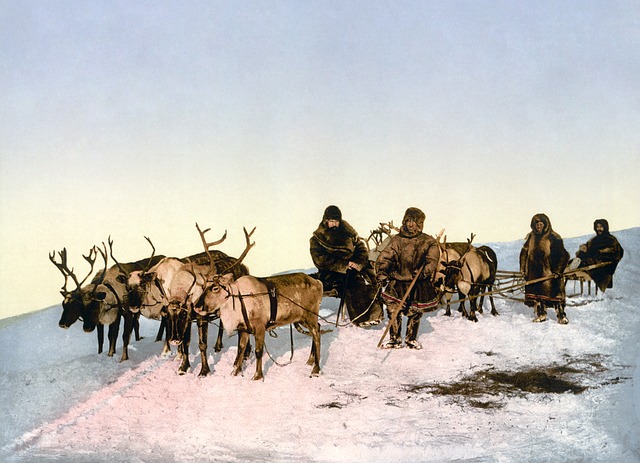 A new study discovered how the Inuit people, who live in an extreme Arctic climate, have adapted genetically to a diet high in fat from fish, seals, and whales.

Published on Friday in the journal Science, the study reveals mutations in the genes involved in fat metabolism that helps the Inuit population counteract the effects of a diet that would lead to cardiovascular disease for most people.

The genetic mutations in the Inuits – formally known as Eskimos — lower “bad” LDL cholesterol levels, reports Xinhua. Additionally, their genetic makeup serves to fast insulin levels, which protect against diabetes and cardiovascular disease. The mutations also effect the height of the Inuit people, as a person’s growth is regulated by their fatty acid profile.

The mutations not only serve to help the Inuit people survive on their diet of marine mammals and fish, but also has “profound physiological effects,” and “reduces their height by two centimeters,” said Ida Moltke, study author and associate professor of bioinformatics at the University of Copenhagen.

The mutations we found in the Inuit have profound physiological effects, changing the whole profile of fatty acids in the body, plus it reduces their height by two centimeters.

The researchers studied the DNA of 191 Greenlanders whose ancestry was 95 percent Inuit or greater, looking for variations in genes important to metabolism, reports The New York Times.

The scientists discovered several genetic variants in the genome unusually common to the Inuit, in comparison with people from China or Europe. Many of these variations occurred in a cluster of genes responsible for the construction of enzymes called fatty acid desaturases (FADS).

These enzymes are what help our bodies regulate different fats, including omega-3 fatty acids. Every Inuit that participated in the study had one of these gene variants present. Only 2 percent of Europeans and around a fourth of Chinese people have these variants.

Scientists believe that natural selection is the cause behind the gene variant becoming so common in the Inuit.

In an unrelated study, scientists may have discovered the gene responsible for aging, which could be the key to immortality.