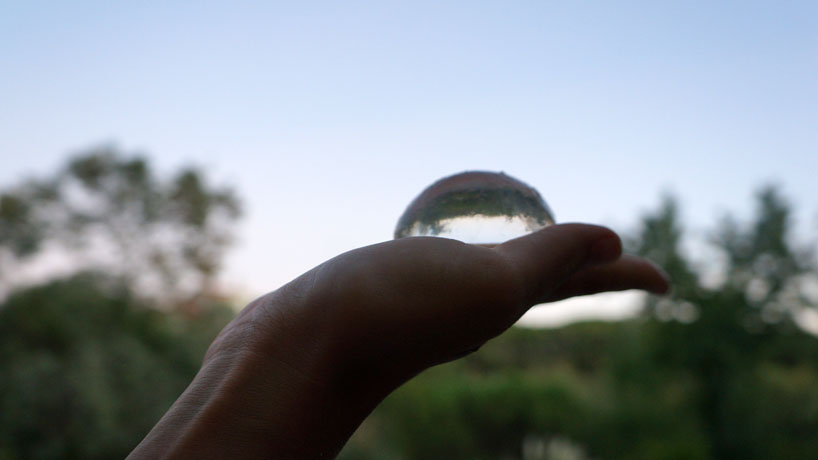 A biodegradable water bottle that you can eat known as Ooho and a new way of dyeing clothes have earned themselves a joint award for new sustainable products at a European competition organized by Climate KIC.

Climate KIC, a European body, was created by the European Institute of Innovation and Technology. The EU body is tasked with leading the push into a sustainable economy.

Notably, the container is not only biodegradable and entirely edible, it’s also relatively inexpensiveness and easy to produce — not to mention, it’s hygienically sound.

The company behind the digital clothes dyeing process, Alchemie Technologie, has developed a product reminiscent of an industrial inkjet printer which, according to the International Business Times’ Darwin Malicdem, could one day replace the chemical intensive process used today.

As a result of the joint award, Climate KIC has granted each company a more than $22,000 investment.

Ooho’s spherical packaging — which has been described by its makers as “water you can eat” — is primarily constructed from calcium chloride and derivative of seaweed known as sodium alginate.

Pierre Paslier, one of Ooho’s designers, was quoted by The Guardian as having described the water bottle as a “man-made fruit” that “you don’t have to eat,” but you could.

At the end of the day you don’t have to eat it. But the edible part shows how natural it is. People are really enthusiastic about the fact that you can create a material for packaging matter that is so harmless that you can eat it.

With at least one study’s estimates having placed the plastic trash floating in the world’s oceans at nearly 270,000 tons, Ooho may not have come at a better time.

What do you think — is it time for the world’s industrialists to take a close look at the unintended consequences of their packaging and the solutions made available by innovative new technologies such as Ooho’s biodegradable water bottle?