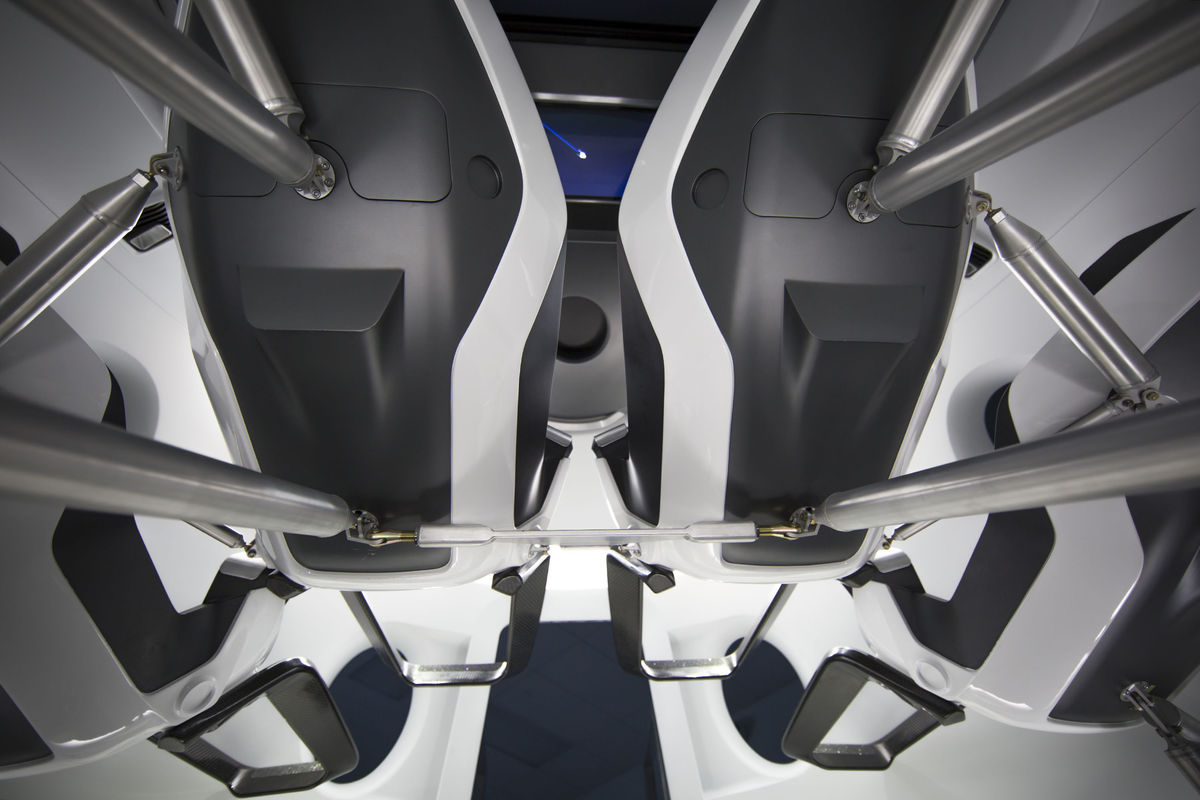 The next-generation spacecraft is a refined variant of the company’s Dragon capsule, a spacecraft which made the history books back in 2012 when it delivered cargo to the International Space Station, marking the first time a commercial spacecraft has delivered cargo to a space station. Up until which point, such a feat had only been accomplished by governments.

The Dragon was designed from the start with human transportation in mind, so it is perhaps no surprise that its evolution has resulted in the latest unveiling: a version which can shuttle humans through space, to such destinations as the International Space Station and beyond.

The new variant of the spacecraft was designed with four windows — all of which offering passengers the opportunity to take in the sights: the Moon, Earth, the Solar System.

In case of emergency, the capsule is equipped with an emergency escape system capable of rapidly transporting astronauts to safety. The escape system was tested earlier this year.

While the ship is completely autonomous, it can also be controlled by the astronauts on-board or by remote control via SpaceX mission control in Hawthorne, California.

Fox News notes in a recent report that the old mirrored metal surfaces and tan leather of the new spaceship’s predecessor, the original Dragon capsule, have been replaced by white walls and black bucket seats.

The capsule’s seats, of which there are enough to accommodate up to seven crew members, are constructed from a combination of carbon fiber and Alcantara cloth.

What do you think of SpaceX’s new spacecraft?