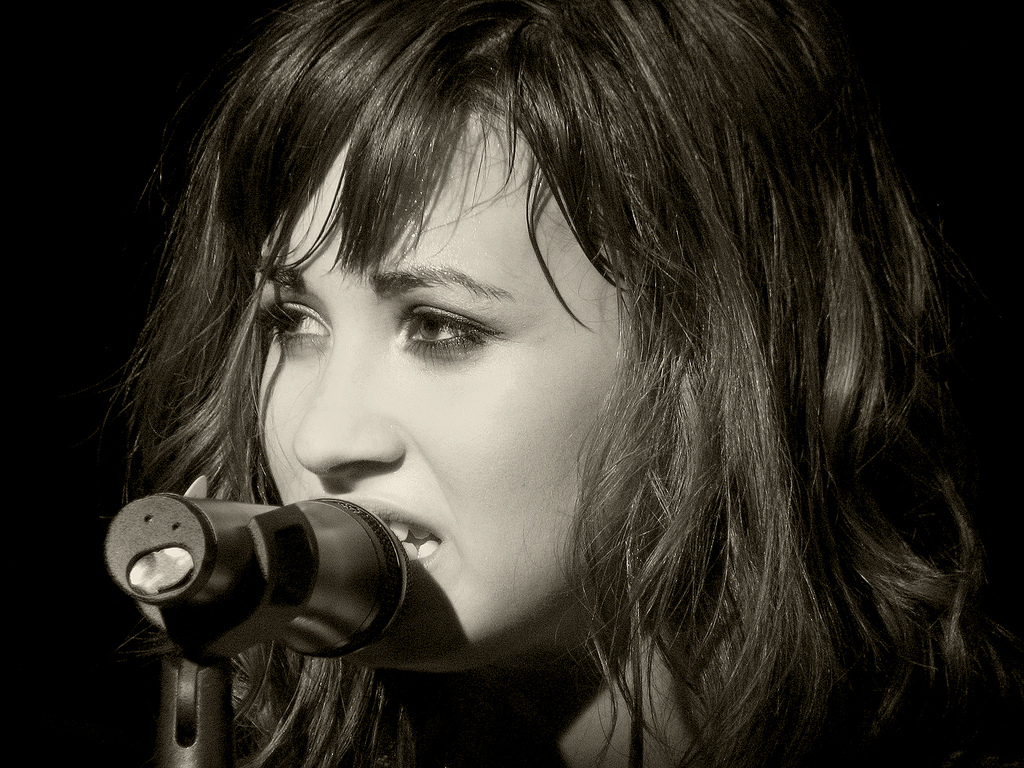 Pop star Demi Lovato announced this past week through Twitter her new album Confident will release this October.

Lovato’s surprise string of tweets concluded with a photo of the album cover, in which the singer is wearing black underwear, black fingernail polish and a bold, conceptual black top. She also tweeted a promotional video, which included one-second audio clips of each song on the album.

The Daily Mail reported that Lovato wasn’t alone in publicizing her latest release. She enlisted the help of a posse of celebrity friends to tweet out track titles, including Iggy Azalea, Kim Kardashian and Perez Hilton.

Boyfriend Wilmer Valderrama, Hailee Steinfeld, Iggy Azalea, Jennifer Lopez, Nick Jonas, and Kim Kardashian all came to her aid via Twitter, revealing a track each until all 13 had been displayed.

When the celeb tweets are put in order, the album’s 13 titles are:

Lovato’s album art was lauded for her “seriously sexy pose.”

After her Twitter extravaganza, the 23-year-old singer then released her album art, which showed her striking a seriously sexy pose in a barely there black outfit.

Lovato’s Confident release marks an eventful summer for the star, who made headlines several times for embarrassing moments.

Earlier this year, the singer was filmed falling off a stage during a party.

This past week Lovato came under fire for an alleged incident in which she insulted a fan and flicked the fan’s vagina, Jezebel reported.

The story is unsubstantiated, but was printed anyway. Lovato allegedly “harassed a fan about her weight” a meet-and-greet whose date nor location were disclosed.

Online legend has it that Demi was approached by a fan who told Demi that her music had saved her life. Demi’s rumored response: “You’ll die soon enough, fatty.”

Lovato has been quoted as saying that the rumor was false.