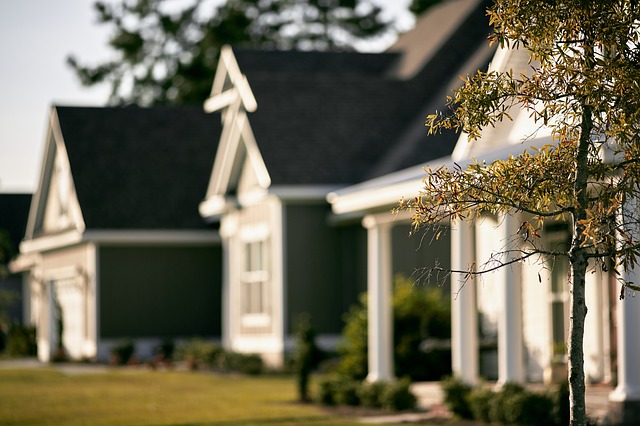 Ask any organic food aficionado where they shop, and the answer will probably be one of two specialty stores:  Trader Joe’s or Whole Foods.

While both markets have their own following, there’s another non food-related angle to the Whole Foods versus Trader Joe’s battle, reports Business Insider. The debate over which store has better products or lowest prices now involves which is better to live nearby.

RealtyTrac took a look at the property taxes, home values, and appreciation in US neighborhoods with a Trader Joe’s or a Whole Foods in the area to determine a winner.

“What we found is that homeowners near a Trader Joe’s have experienced better home value appreciation since their purchase, but also pay higher property taxes on average,” reports the analysts.

What we found is that homeowners near a Trader Joe’s have experienced better home value appreciation since their purchase, but also pay higher property taxes on average.

Houses near Trader Joe’s tend to have a higher value on average. RealtyTrac reports that average home value near the store is $592, 339, 5 percent higher than the $561,840 average value for homes near a Whole Foods.

While Whole Foods appears to have lost the neighborhood challenge, the organic market is fighting an entirely different battle.

Last week, a class action lawsuit was filed against the company in a federal court in Austin by a shareholder who alleges that Whole Foods executives “made false and misleading statements about its business operations and failed to disclose that it was overcharging customers in a timely fashion,” according to CNN.

Whole Foods has responded to the complaint by saying it is “baseless and without merit,” and states that the company is committed to its “100 percent pricing accuracy guarantee.”

Nevertheless, the damage has already been done. Since the company reported low sales in late June – following a statement from the New York City Department of Consumer Affairs that Whole Foods was overstating the price of pre-weighted packages – stock has fallen another 5 percent.

Trader Joe’s is not without its problems, either. Back in March, the store had to recall their raw walnuts after the FDA detected salmonella in the nuts.