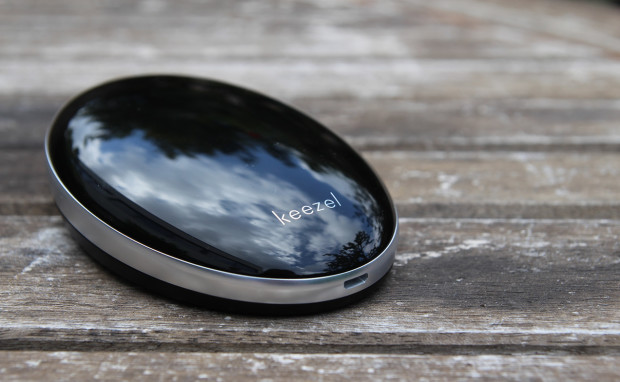 More than 360 million people worldwide used the internet last year. While this kind of access is an incredible way to connect to immeasurable information, it also opens the door for restrictions and privacy invasion.

Innovators Friso Schmid and Aike Müller from Amsterdam created a new device to help combat these negative associations of the world wide web. The device, which is known as Keezel, is the first portable online freedom device of its kind.

Müller explained that the general public “shouldn’t need to know what a VPN is or what it does to be able to benefit from it.” With this in mind, Müller and Schmid put together Keezel, a device which stops others from viewing your online activity.

You shouldn’t need to know what a VPN is or what it does to be able to benefit from it. As a freelancer I worked at clients’ and on public WiFi a lot and saw the risks. I built an early prototype with open source software and people liked it,” Müller said.

Keezel not only stops others from viewing your online activity, it also allows access to blocked websites, TV shows and programs that they would otherwise be unable to reach. And if that’s not enough for you, it also secures all of your WiFi technologies.

Keezel partners with top VPN providers who have servers worldwide in order to ensure reliable connectivity. Users don’t have to select a network as they currently do; the device automatically does it for them, as it automatically connects to the best available internet connection every time it is used.

Connecting to the web security device takes just three steps: press a button on the unit, connect to the WiFi signal on their device, and then change the location they’re connecting to — that’s all it takes.

Along with its user-friendly properties, the product also has a powerful battery. In fact, the battery has almost three times the capacity of the iPhone 6. It also includes a USB port so users can charge other devices.

Müller and his associates have created goals that they wish to reach for product expansion and new features. The first is to provide Keezel to Keezel pairing, which will be incorporated once they reach $120,000. The advantages include peer-to-peer VPN to make visibility harder to detect and access to a home network. This feature will be free-of-charge for premium users.

The second milestone they wish to accomplish is to create an app gallery, where developers can create apps exclusively for the Keezel community. If they reach their goal of $175,000, they will launch the gallery

Their campaign for product distribution began in July. They are expecting to begin manufacturing this month with product samples being shipped in October. By December, Schmid and Müller hope to ship Keezels to their crowdfunding supporters.

In other internet coverage at Immortal News, Mark Zuckerberg announced that a new Facebook drone is set to provide internet to parts of the world that were previously unable to connect.