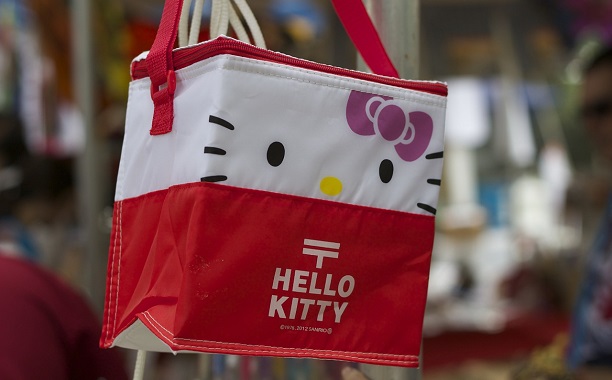 You have been wrong all your life: Hello Kitty is not a cat.

You read it right. Hello Kitty, the iconic Japanese cartoon character that turns 40 years old this year, is apparently a human girl who has her own back story, the Los Angeles Times reported.

Christine R. Yano, an anthropologist from the University of Hawaii, is currently curating the Hello Kitty exhibit at the Japanese American National Museum in Los Angeles.

She said Hello Kitty maker Sanrio corrected her after editing her texts for the exhibit and told her the famous character is not a cat but a “little girl.”

“I was corrected — very firmly,” she said. “That’s one correction Sanrio made for my script for the show. Hello Kitty is not a cat. She’s a cartoon character. She is a little girl. She is a friend. But she is not a cat. She’s never depicted on all fours. She walks and sits like a two-legged creature. She does have a pet cat of her own, however, and it’s called Charmmy Kitty.”

Apparently, Hello Kitty is a British girl named Kitty White, daughter of George and Mary White. She is a Scorpio, has a twin sister, a perpetual third-grader, and loves apple pie. She lives outside of London.

There are a lot more about Hello Kitty that people do not know but would not care to know, Yano said. The character’s back story apparently tells a lot about Japan’s pop culture in the 70’s, when Japanese women were into Britain and loved the idea of it all.

“It represented the quintessential idealized childhood, almost like a white picket fence. So the biography was created exactly for the tastes of that time,” Yano said.

The revelation took the social media by storm that even famous personalities weighed in on the issue.

“Hello Kitty is a cat. She has whiskers and a cat nose. Girls don’t look like that. Stop this nonsense,” singer Josh Groban tweeted.

“As tall as five apples, and as heavy as three, Hello Kitty is a bright little girl with a heart of gold. She loves to bake cookies and play the piano, and dreams of one day becoming a pianist or maybe even a poet. She has a gift for music and English, and a soft spot for Mama’s apple pie. Hello Kitty and her twin sister Mimmy are the best of friends.”