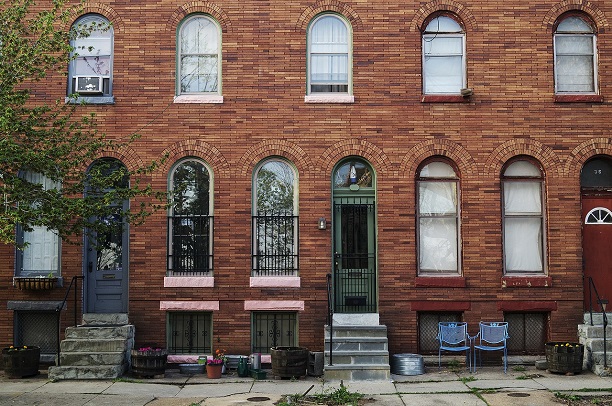 A 25-year-old man by the name of Keon White has been arrested by the police after having been accused of shooting three teenagers in the streets of East Baltimore, officials indicated in a statement on Thursday.

Local law enforcement has accused White of shooting a couple of boys, ages 13 and 15, as well as a 16-year-old girl during a Wednesday night dispute which, according to police, escalated into a brawl which took place in the 800 block of N. Glover Street.

The fight, according to interim Baltimore Police Commissioner Kevin Davis, broke out between two females earlier in the day and the shooting, which officials believe to have taken place shortly after 10:00 p.m., came as a result of the fight.

All three victims of what interim Baltimore Police Commissioner Kevin Davis referred to as “disgusting” and without justification are expected to survive their injuries, The Baltimore Sun reported Thursday night.

I don’t think there’s a dispute that would ever justify shooting three teenagers (…) This guy is a 25-year-old man. It’s disgusting.

All three victims were taken to hospitals within the area.

Witnesses identified the suspect’s car–and later in a photo lineup–which led detectives to a home where he was arrested.

As of Thursday evening, charges against Mr. White had not yet been entered into the state’s online database nor detailed by the police, according to a Thursday night report on the Baltimore Sun, however, ABC 2 News indicated in a report that Keon is being charged with attempted murder in the shooting of the three teens.

A victim who was allegedly “caught in the crossfire” while “trying to calm people down” has been identified by her brother, 18-year-old Shakee Johns, as Stasia, a sophomore at the Maryland Academy of Technology & Health Sciences.

According to Johns — who described his sister as a dog lover and “a people person” — Stasia underwent surgery and is expected to make a full recovery.

Officials, who have indicated that the shooting took place outdoors and involved at least one shooter, are investigating possibly suspects as well as a motive.

Kirsten Allen, a 27-year-old female who reportedly heard shots before she went outside and saw a wounded girl in the street, was quoted by the Baltimore Sun as having said that everyone “had pretty much scattered” by the time she went out and found the girl.

Everybody else had pretty much scattered by then

Allen grabbed a towel from inside and wrapped it around the girl’s leg.

According to Allen, the neighborhood in which the shooting took place “is what it is, but it’s a decent block,” the Baltimore Sun reported.

This neighborhood is what it is, but it’s a decent block

If you have information, the authorities urge you to call 1-866-7LOCKUP.