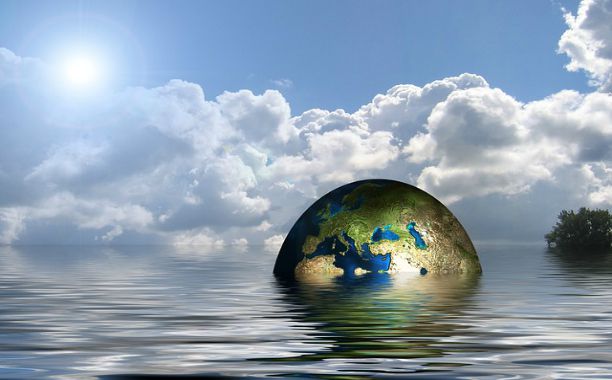 However, the extreme nature of his predictions has the science community questioning the methods he used in the study and the resulting projections, reports Discovery News.

Published as a discussion paper in the journal Atmospheric Chemistry and Physics, the study was lead by Hansen, current Columbia University faculty and former head of NASA Goddard Institute for Space Studies.

Scientists have agreed that a safe level of climate change is keeping global warming within 2 degrees Celsius (around 35.6 degrees Fahrenheit) of pre-industrial temperatures.

The new findings warn that even just a 2 degree C warming could lead to ice melting at the poles, causing ocean circulation changes and sea level risings that are extreme – far more severe then any other current projections.

CBS reports that Hansen predicts a rise in sea levels of 15 feet in the next 50 to 100 years. “If we get sea level rise of several meters, all coastal cities become dysfunctional,” said Hansen.

This is the biggest threat the planet faces. If we get sea level rise of several meters, all coastal cities become dysfunctional. The implications of this are just incalculable.

Hansen also warns that as ocean surfaces at the poles cool while the overall climate continues to climb weather could become more unpredictable and damaging, because hurricanes and tornadoes get “their energy from the water vapor” that would result from warmer climates.

As the atmosphere gets warmer and there’s more water vapor, that’s going to drive stronger thunderstorms, stronger hurricanes, stronger tornadoes, because they all get their energy from the water vapor.

Other scientists still question the validity of Hansen’s study and predictions of calamity. “What does not come across in the paper is that there is still debate regarding the timing of ice-sheet collapse during this warm period,” Andrea Dutton, a geochemist at the University of Florida said.

I agree with the overall magnitude of sea level rise that they are interpreting for the last interglacial. What does not come across in this paper is that there is still debate regarding the timing of ice-sheet collapse during this warm period.