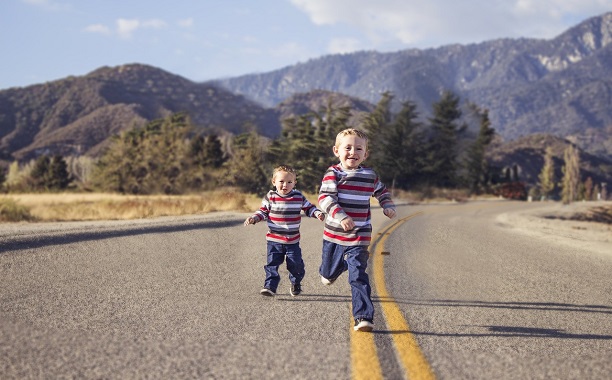 While prior research has found that a child’s rank in the family might have a significant impact on the personality and intelligence of children, the findings of a new study on birth order — the largest to date — suggest that these differences are unlikely to have any real-world significance.

The study, which marks the largest study on birth order to date, was conducted by scientists at the University of Illinois at Urbana-Champaign.

According to the research, which was published in the Journal of Research in Personality, firstborn children tend to have higher levels of intelligence, as measured by IQ, and different personality traits, however, such differences between siblings are insignificant.

Dr. Rodica Damian, a professor of psychology at the University of Houston and one of the study’s authors, told The Huffington Post in an email that the differences are “very small” and “would not be visible in any way” when assessed with the naked eye, which is why it’s “unlikely” to have any meaningful impact in the real world.

This is a very small difference that would not be visible in any way with the ‘naked eye,’ and it’s unlikely to be meaningful for any real-world outcomes

The study’s lead author, University of Illinois psychology professor Brent Roberts, said in a statement that the differences are “not noticeable,” the National Post reported.

The study’s message, according to Damian, “is that birth order probably should not influence your parenting, because it’s not meaningfully related to your kid’s personality or IQ.”

The message of this study is that birth order probably should not influence your parenting, because it’s not meaningfully related to your kid’s personality or IQ.

The researchers, who analyzed data on 377,000 high school students in the United States, found the IQ of firstborn children to be one point higher than siblings born after.

As for personality differences, the researchers observed minor changes between the oldest and younger kids, as the oldest tended to exhibit personalities which were more conscientious, less anxious, agreeable and extroverted; this in comparison to the middle and youngest children studied. The correlation, however, was minor, as it only accounted for a fraction of a percent.