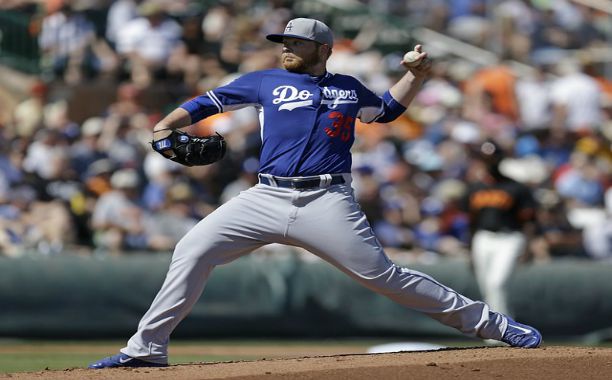 This brings Greinke’s total to 43 2/3 in a row, according to USA Today. The pitcher has passed up teammate Clayton Kershaw’s 2014 record and is getting closer to the legendary Orel Hershiser and Don Drysdale.

Greinke’s streak began on June 18 with seven shutout frames against the Texas Rangers. The pitcher’s six consecutive shutout starts tie the record for most in Dodgers’ history, tied with Hershiser and Drysdale.

During Sunday’s game, Greinke lost his starting catcher, Yasmani Grandal, when he was removed from the game after a foul bounced off his catcher’s mask, reports Yahoo Sports.

A.J. Ellis came in as catcher in the sixth inning, and was able to keep up the streak for two more scoreless innings. Ellis was reportedly nervous, and wasn’t sure what was working for Greinke. In fact, the catcher hadn’t even been in the pregame meeting to discuss strategy against the Nationals’ hitters.

“It’s pretty easy. All my stuff is pretty nasty right now,” Greinke said to Ellis, who told the pitcher he would follow his lead.

And he said, ‘It’s pretty easy. All my stuff is pretty nasty right now.’ And he was right. He wasn’t exaggerating.

“He pitches to the scoreboard as well as anyone I’ve ever caught,” added Ellis.

Greinke told Dylan Hernandez of the Los Angeles Times he doesn’t think about his current run when he’s pitching. “The results will be worse,” the pitcher said.

I start thinking about that, I try to do more. The results will be worse.

The Washington Nationals recently placed their own pitcher on a 15 day disabled list after Stephen Strasburg left in the 4th inning of an early July game against the San Francisco Giants. His injury was later diagnosed as a left oblique strain.