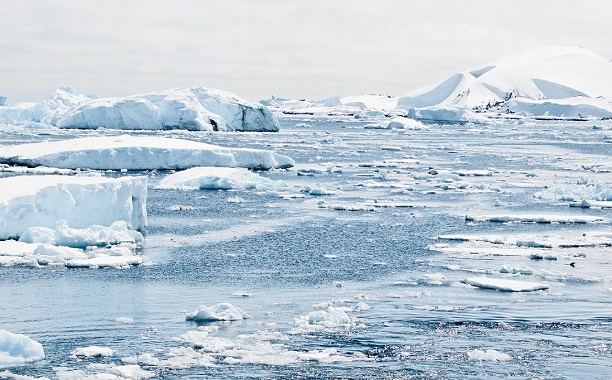 Five nations that surround the Arctic Ocean declared a fishing ban on Thursday to help prevent the rapid melting of polar ice and the endangerment of marine ecosystems.

The United States joined Canada, Russia, Norway and Denmark in signing an accord that prohibits unregulated fisherman from their respective countries to fish in the designated area. The range of the designated area is roughly 1.1-million-square-miles.

The countries decided to make the change following an annual global climate report that showed a drastic decline in the area of the Arctic Ocean that’s covered by ice. The State of the Climate report said the area fell to its sixth lowest extent since 1979.

The designated area was previously undisturbed by human activity, but because of the melting ice, the countries fear human interference will harm the Arctic marine ecosystem.

Although the declaration regulates commercial fishing for citizens of their own countries, it does not have control over citizens from other countries who fish in the international waters.

World Wide Fund for Nature spokesperson Britta König was quoted by Deutsche Welle in a report as having said that the accord is a step in the right direction, but it can’t guarantee that no commercial fishing will take place since not every country who borders the ocean is involved. The spokesperson went on to implore states in the Arctic Council “to sign a fishing moratorium,” even those states who only hold observer status.

We would like all states in the Arctic Council, including those with observer status, to sign a fishing moratorium

Despite the desire for a limit on commercial fishing, the Arctic Council encourages fishing for scientific purposes.

“We desire to promote scientific research and to integrate scientific knowledge with traditional and local knowledge with the aim of improving the understanding of the living marine resources of the Arctic Ocean and the ecosystems in which they occur,” the accord states.

In spite of the countries’ step toward the Arctic ecosystem’s conservation, the Arctic Council did not completely secure the area from human activity. In May, U.S. President Barack Obama approved a plan for oil and natural gas drilling. The drilling will be conducted by Royal Dutch Shell in the Chuckchi Sea at some point this summer.

The accord was originally negotiated in Feb. 2014 and supposed to be signed shortly after, but the annexation of Crimea from Russia in March 2014 led to delays.

In other drilling coverage at Immortal News, fracking has been linked to health problems in the Marcellus shale region in the eastern part of the United States.