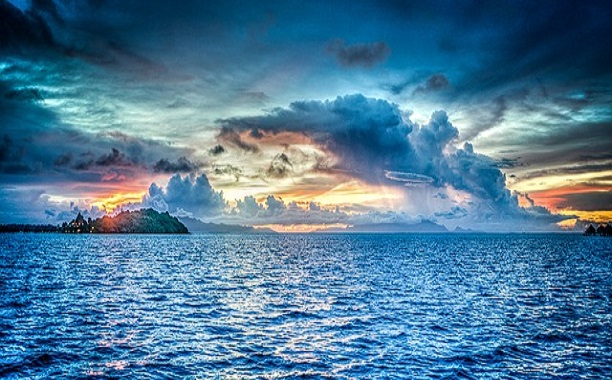 Climate change remains a hot topic polarizing scientists against detractors and now a new report set to be published in the journal Science reveals that global sea levels rose at least 20 feet in the past when temperatures were similar to or slightly higher than they are currently. The worrying find reveals that trends in rising sea levels could plunge coastal towns and cities underwater, rendering them uninhabitable, the University of Florida reported.

The study, which analyzes three decades worth of research, explores the correlation between melting swathes of ice and the corresponding rising sea levels with a focus on Greenland and Antarctica. Global sea levels have risen 20 feet (6 meters) on two separate occasions in the past three million years. Three million years ago, temperatures were close to the current temperature on Earth, which has allowed scientists to correlate historical fact with futuristic possibilities.

Coastal communities would be most at risk with New York, Miami and Bangkok listed as three of the most vulnerable cities, CBS News reported. Venice, an Italian city built entirely on water, would also be completely consumed by rising sea levels which would render it a modern day Atlantis. Storms and flooding risks would become a worldwide concern.

Coastal communities have already been experiencing an increased risk of flood since the late 1980s and sea levels have steadily risen since the 90s.

The study’s lead author, Andrea Dutton, a geochemist at the University of Florida, outlined concerns that the world’s polar ice sheets are “out of equilibrium” with our climate.

This evidence leads us to conclude that the polar ice sheets are out of equilibrium with the present climate. As the planet warms, the poles warm even faster, raising important questions about how ice sheets in Greenland and Antarctica will respond. While this amount of sea-level rise will not happen overnight, it is sobering to realize how sensitive the polar ice sheets are to temperatures that we are on path to reach within decades.

In other news, an unrelated study has found that climate change could be destroying the world’s bee population.

Are you worried about global warming?