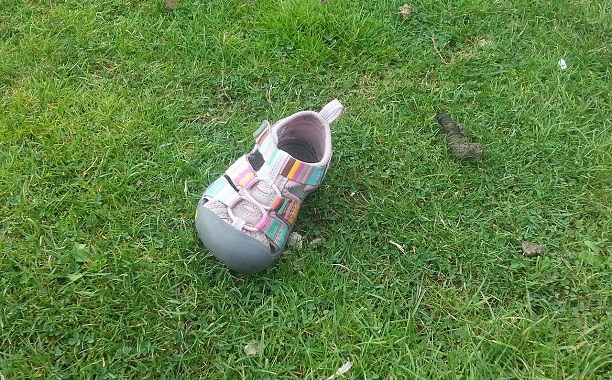 The father of a 6-month-old baby girl named Ember who went missing is subject to a manhunt by police as he is believed to a person of interest in the case.

Matthew Graham, a 23-year-old native of Northern California, stole a gun and fled the scene on Saturday. He stole a semi-automatic pistol from his mother after new information about his probation came to light.

Deputy officers had spoken with his mother and the mother of his daughter about a pacifier that was found in Ono believed to be connected to the missing baby.

Shortly after the discussion, Graham’s mother rang authorities to report that her son had disappeared with her pistol, a supply of cash and her cellphone.

Tom Bosenko, Shasta County Sheriff, said that Graham should be considered “armed and dangerous” by the public.

Matthew has violated his probation. He is a felon in possession of a gun and should be considered armed and dangerous.

Graham informed officials on the July 2 that his daughter had gone missing from their home in Happy Valley in the early morning, as he claimed that she had been abducted from her crib, NY Times reports. Graham’s inconsistent statements led to him being reported as a person of interest.

Graham was jailed due to a probation violation as a result of an unrelated case during which he drove under the influence and forged a conviction. He was released earlier this week as he pleaded guilty. The ruling judge declared that Graham did not have to wear a monitoring bracelet after his release, a decision now considered detrimental to finding Graham since he fled.

The Ono area is still being searched for evidence of the 6-month-old girl after a pacifier was found. The area is renowned for being largely empty with a small population inhabiting it. The pacifier is presently being subjected to DNA testing as it resembles Ember’s.

Graham reported Ember’s disappearance at 5:30 a.m. on Thursday while claiming that he had last seen her at 10:30 p.m. the night before. Officials stated that Graham was uncooperative and that his statements were contradictory and inconsistent. Ember’s mother Jamie Lee Graham does not believe that her husband is connected to Ember’s disappearance, according to The Daily Mail.

Surveillance footage shows Graham driving around with baby Ember on Wednesday night but Graham claims he was trying to sooth Ember to sleep. Police are still searching for Ember and Graham.

A warrant has been issued for Graham’s arrest.