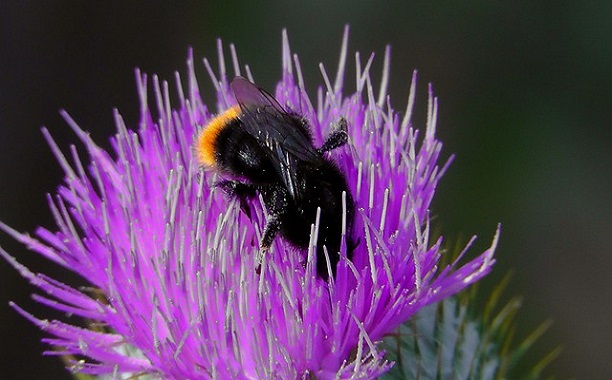 A sweet sight in Spring and Summer is that of bees filling the air, pollinating plants on sunny days. Unfortunately, climate change is threatening the population of the humble bumble bee and in recent years their numbers have continued to dwindle dangerously low, according to a recent study.

Bees are essential to the ecosystem, pollinating plants such as crops and wildflowers. The possible extinction of the bumblebee, if current trends continue, would have devastating environmental consequences which would cause a knock-on effect influencing human and animal populations, NPR reports.

Evidence accumulated from the study, which was carried out across North America and Europe by biologist Jeremy Kerr from the University of Ottawa, Canada, was published in the journal Science. The researchers behind the study honed in on the plump bumblebee, a different species to the flourishing honeybee often kept by beekeepers for honey stores.

In North America alone, there are over 12 different species of bumblebee.

Kerr and colleagues looked at bumblebee populations to see if bees could still be sited in the same places and in similar numbers. The study found that certain species of bees have already vanished entirely.

Lawrence Harder, an ecologist at the University of Calgary noted that bees have “difficulty in heat” which is why climate change is so hazardous.

They’re relatively large insects, and they’re quite furry. As a result, unlike most insects, they’re good at staying warm in cool environments. But they have difficulty in heat.

Unlike other insects, bees are unable to shift to cooler climates when the heat gets too much. Hotter climates seek to push bumblebees north, where there is less matter for them to pollinate.

Live Science reports that climate change is advancing at a fast speed and bumblebees are not able to keep up with the growing changes and demands on their way of life. Honeybees have also began to deteriorate in recent years despite the fact that many colonies are kept thriving by beekeepers due to a phenomenon known as colony collapse disorder, with bee parasites and pesticides thought to be to blame.

The range of the bumblebee has shrunk from 186 miles to 9 km every year since climate change began accelerating between 1974 and 2010. Bees are now a protected species with pest control units preferring to move rather than destroy bees that take up residence in peoples homes. Gardeners are urged to help bumblebees by planting native wildflowers with the Alberta Rose heralded as the perfect choice.