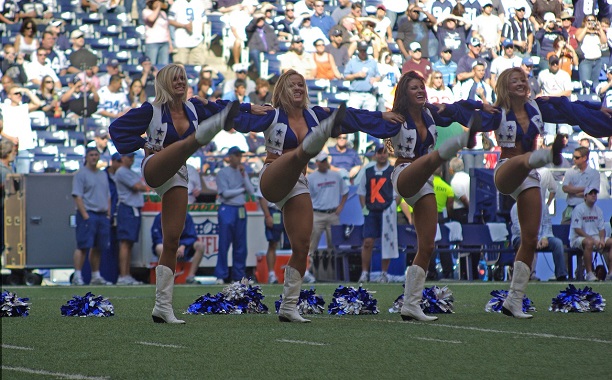 As is the way with the NFL’s personal-conduct policy, the suspension of ten games for domestic violence has been overturned and reduced to four games for Dallas Cowboy’s Defense End Greg Hardy.

Greg Hardy was suspended in April after an extensive investigation by the NFL said that Hardy had used physical force against Nicole Holder, his former girlfriend.  This would be considered a direct violation of the NFL’s personal-conduct policy.  This being the case, while Hardy was originally convicted of this case, the charge was later dismissed after the victim did not appear in court for the trial by jury that Hardy requested.

League-appointed arbitrator, Harold Henderson, announced Friday that while a suspension for domestic violence was warranted in Greg Hardy’s case, a ten game suspension “is simply too much, in my view, of an increase over prior cases without notice such as was done last year, when the base line for discipline in domestic violence or sexual assault cases was announced as a six-game suspension.”  Henderson then announced the suspension reduced to only four games according to The New York Times.

Henderson did not find that the NFL abused discretion in investigating this case, according to ESPN, even though legal papers were filed to see photographs of the alleged victim’s body due to the beating.  Henderson said in a statement that “I conclude that the Commissioner acted within his authority and properly exercised his discretion in finding that Hardy violated the NFL Personal Conduct Policy”.

N.F.L. Commissioner Roger Goodell has sought to increase the league’s procedures with stricter penalties for delinquent behavior.  However, judges and arbitrators have reduced penalties and overturned judgements that Goodell has ordered stating that Goodell has acted arbitrarily and even overstepped his boundaries.

Drew Rosenhaus, Hardy’s agent, stated that “I will confer with Greg, the N.F.L.P.A. and his lawyers to discuss our next move,” and that his client is “still considering further legal action” according to USA Today.

If the suspension stands as is, Hardy will be eligible to play in the game against the New England Patriots on October 11.