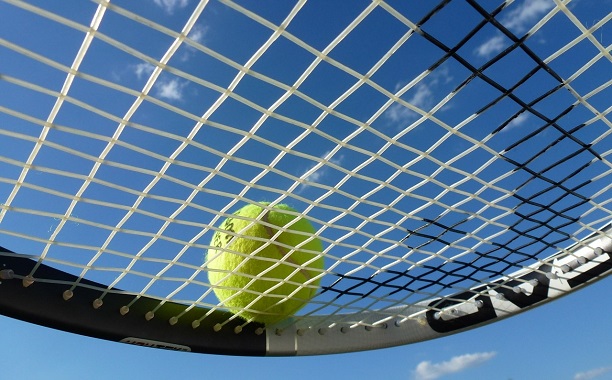 After Tuesday’s Wimbledon quarterfinals match between Maria Sharapova and CoCo Vandeweghe, Vandeweghe remarked on her opponents behavior and how it affected the game.

CoCo’s 6-3, 6-7 (3), 6-2 loss included disagreements with chair umpire Eva Asderaki-Moore, the same umpire that penalized Serena Williams in a 2011 match against Sam Stosur, the NY Daily reported. Meanwhile, Vandeweghe was one of three Americans left in the draw, with the other two being Serena Williams and Madison Keys. Of the three players, only Serena Williams will advance. Williams will face Maria Sharapova in the semifinals, their first meeting at Wimbledon in eleven years.

With Sharapova serving for the match in the second set, CoCo fought back  after a break and forced a third set, winning the second in a 7-3 tiebreaker. The third set went at a faster pace with Sharapova moving to a 3-0 lead and eventually the win, CBS Sports reported. Vandeweghe complained during the match and afterwards to the chair umpire about Sharapova moving between CoCo’s service motion, but no warnings were given.

Despite 10 double-faults from Maria, and CoCo saving 11-14 break chances, the five time major champion Sharapova came out on top. The 2 hour and 46 minute quarterfinal match came to an end on a backhand Vandeweghe error that tipped the net wide. Quoted from cbssports.com, Sharapova said “It is what it is,” and continued “What she said, I’m not going to argue against her words.” This will be her first trip to the Wimbledon semifinals since 2011.

Also in action at Wimbledon is Andy Murray, who is set to play Vasek Pospisil on the 8th of July.