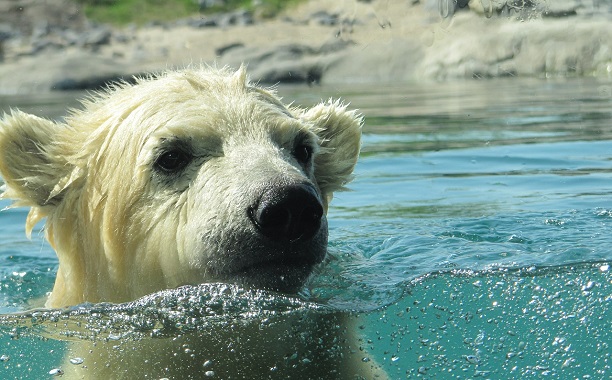 The U.S. Fish and Wildlife Service released a report indicating that the declining population of polar bears is expected to decline further due to the melting of polar ice.

Ice is crucial to the polar bear’s survival because they use ice floes as part of their hunting strategy when hunting seals, their primary food. When the ice melts in the summer, the bears are then forced to hunt on land but the ice-free periods of time are getting longer and longer.

The bears diet consists of fatty, high calorie marine animals that live on sea ice as well, according to Live Science. Whereas there is not a sufficient amount of nutrient rich animals to eat on land which forces the bears to live on their fat reserves, which can only last for so long.

Mike Runge, a U.S. Geological Survey research ecologist, was quoted by Tech Times as having said that even if greenhouse emissions are reduced, the ice will continue to melt for years because “carbon emissions accumulate over time”.

Addressing sea ice loss will require global policy solutions to reduce greenhouse gas emissions and likely be years in the making (…) Because carbon emissions accumulate over time, there will be a lag, likely on the order of several decades, between mitigation of emissions and meaningful stabilization of sea ice loss.

Climate change is not the only threat to polar bears. The growing offshore drilling program in the Arctic Ocean can lead to the potential for oil spills which could effect the entire food chain in the area and make the habitat for the bears uninhabitable.

The FWS has launched a program entitled Critical Habitat, which will relocate polar bears who live in areas that have been badly effected by climate change. Life Science reported that the plan calls for the management of subsistence harvest and will ensure that that female polar bears will have sufficient land for denning when they have their cubs.

The plan does not take any steps towards the regulation of offshore drilling in the arctic.

In other news, an unrelated study published earlier this year found that polar bear penises are weakening as a result of pollution.

What do you think about the shrinking polar bear population?