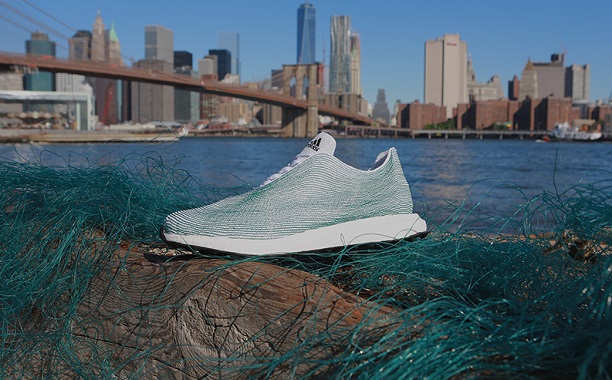 Adidas, the German multinational corporation well known for its shoes and other apparel, has unveiled a unique new product today: a shoe constructed from recycled ocean waste.

The shoe was unveiled at a Parlay for the Oceans event hosted at the United Nations headquarters in New York City last week as part of a collaborative effort between the organization and Adidas.

Cyrill Gutsch, founder of Parlay for the Oceans, was quoted by The Weather Network as having said that the organization wants “to establish the oceans as a fundamental part of the debate around climate change” and that their objective entails contributing to the protection and preservation of the world’s oceans.

At Parley for the Oceans, we want to establish the oceans as a fundamental part of the debate around climate change. Our objective is to boost public awareness and to inspire new collaborations that can contribute to protect and preserve the oceans (…) We are extremely proud that Adidas is joining us in this mission and is putting its creative force behind this partnership to show that it is possible to turn ocean plastic into something cool.

The sneakers are constructed from recycled ocean waste and illegal deep sea gillnets– fishing nets which hang vertically and trap fish by their gills.

The gillnets were retrieved by Sea Shepherd after a 110 expedition to track and catch a poaching vessel off the coast of West Africa, according to CNET. Over 72 kilometers of netting was recovered from the ocean.

Once retrieved, the shoes were produced in a matter of just six days.

The shoe is set to be sold in stores later this year.

What do you think of the company’s new recycled ocean trash shoes?