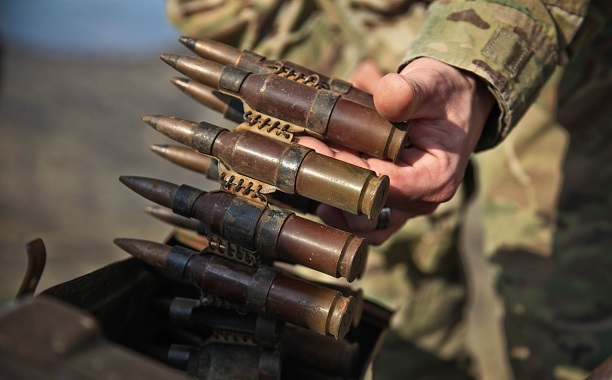 In the North Waziristan region of Pakistan, Pakistani soldiers clashed with Taliban militants on Sunday. Seven soldiers and twelve militants were reportedly killed in this conflict that was part of a Pakistani offensive that was started last June.

The initial phase was successful, according to Pakistan’s Army Chief Gen. Raheel Sharif, but the army has been met with much opposition as they push the militants back into the lower Shawal Valley, which is the last major militant stronghold in the area.

Militants bombed two separate military vehicles in North Waziristan and South Waziristan, killing three paramilitary soldiers in the first, the Belfast Telegraph reported. Two were killed in the second bombing, according to a military official. The Pakistani Taliban has claimed responsibility for the attacks.

“We will not stop unless we achieve our end objective of a terror-free Pakistan,” Pakistan’s Army Chief Gen. Raheel Sharif said in a visit to troops on Friday.

The North Waziristan region of Pakistan is a heavily wooded gully in the tribal belt, bordering Afghanistan that is a critical part of the local smuggling route and has been a safe haven for local militants. As a result of the Pakistani army’s campaign to push militants from the region, many insurgents are fleeing to other areas of Pakistan and into Afghanistan.

This exodus of militants from the region has caused complications with the Kabul government’s US-backed military operations against their own Taliban insurgence. The surge of militancy that the Kabul and Pakistani governments have been facing are part of a larger Taliban uprising that spawned from the US-led invasion of Afghanistan in late 2001. More than 2,700 militants have been killed since then.

The Pakistani army vows to intensify their efforts against the Taliban, until they have been squelched. This campaign has proven largely successful, according to military officials, but it’s difficult to verify their claims as the conflict-zone is off-limits to journalists.