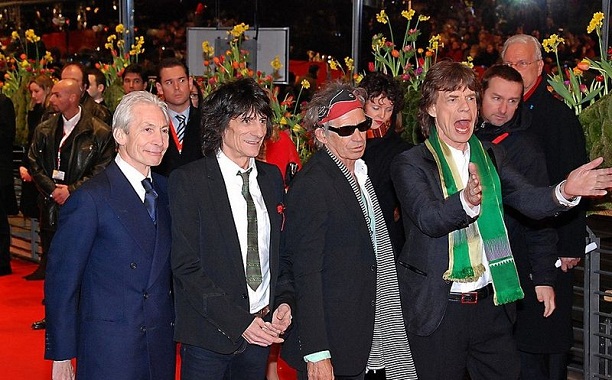 Veteran rock band the Rolling Stones are set to open an exhibition in London with artifacts gathered over the 50 years the band has been in the music industry.

The exhibition titled “Exhibitionism” will run from April to September 2016.

Lead singer Mick Jagger was very excited about the exhibition. He was quoted by USA Today as having said:

We’ve been thinking about it actually for quite a long time, collecting things, thinking ‘We better save this because we want people to see it.’

The exhibition will see the band showcase more than 500 previous recordings from their music history. Jagger said, “I think it’s an interesting time to do it” and the band in fact, has “too much stuff.”

After their three months opener for “Exhibitionism” in London, the exhibition will travel over the next four years in 11 cities across the world including New York, Tokyo and Los Angeles.

Even though the exhibition would be taking plenty of their time, the veterans expressed doubt their life performing on the road in various cities across the world would come to an end.

In an interview with the Sun Newspaper, Jagger said:

Just because we’re doing a retrospective doesn’t mean it’s all over. We’re still working, still doing shows and I think we will continue to do so.

How many times have they said that about every tour (that it’s our last) since 1975? If anybody should be interested in when we’re going to quit, it should be the Stones (themselves) and, er, they’re not particularly interested in that.

Are you a fan of the Rolling Stones?