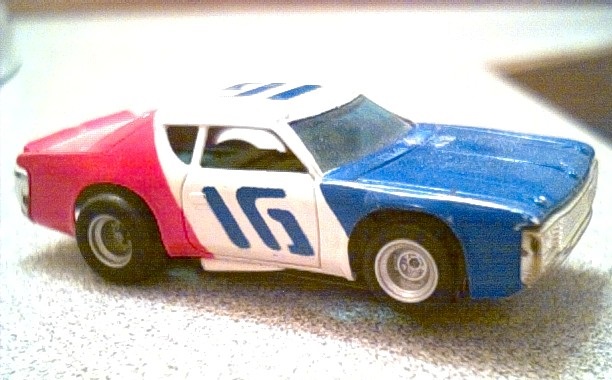 Beginning in September of this year, slot car maker Anki will begin selling its second generation version its robotic race car set named Overdrive. The price for the starter set is $150 dollars and includes two cars and ten pieces of track. Both the US and UK will receive the new version, along with additional accessories and packs.

The big difference between a traditional slot car track and what Anki provides is the Bluetooth integration of a smartphone app, Engadget reported. Through an intuitive touch screen app, that will later add tactile feedback, racers have multiple game modes like “Time Trial” and “King of the Hill.” Much like video game counterparts Twisted Metal and Vigilante 8, the cars have power-ups, special abilities, and upgrades depending on in-game performance.

The advanced features of the Anki Overdrive means it retails for twice the price of a traditional slot car set. The extra magnetic tracks, cars, other accessories can be purchased separately or in new packs. And since each car has its own personal AI with traits and abilities, the six new cars that were introduced are eventually needed to complete the set that works with the app, according to Tech Crunch.

After you’ve assembled your custom race track from the modular pieces, you’ll have to place the cars on the course in order for them to ‘learn’ the circuit. As the cars drive around the course, you can actually see the track being drawn on the app in real time.

Anki did a major overhaul with the cross device play, fixing an incompatibility in the Android phone-to-phone communications. With the Overdrive update both Android and Apple devices can now play together using Bluetooth functionality.

When thinking of high energy cars, Rockstar Games and GTA V comes to mind. The virtual update will be released in an upcoming patch next week.