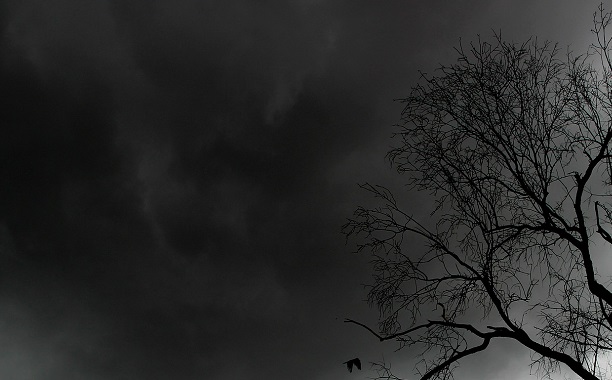 Scream — the television series, not the movie — is set to premiere on Tuesday, June 30; taking fans back to the 1990s when a masked man slashed teenagers for fun.

The Scream movies proved to be a hugely successful horror franchise back in the 90s with the Trilogy grossing over $330 million in the box office, making it easily one of the top performing franchises of the time. With the huge success of the trilogy and the resurrection of past horror movies on TV like Teen Wolf already happening, it was only a matter of time before Scream hit the TV sets.

The series that will air on MTV at 10:00 p.m. EST, is much different from the original movie where a slasher in a cartoon mask chased a teenage girl all through the movie before killing her. In the new series, the slasher has historical ties with the town and his mask is way creepier.

Producer Jill Blotevogel said that “isn’t just a mask somebody grabbed off the shelf and paid $7.99 for to scare people.” No, it’s much bigger than that. Jill claims it is “actually tied into the mythology of the original killer” of the town’s past.

This isn’t just a mask somebody grabbed off the shelf and paid $7.99 for to scare people. It’s actually tied into the mythology of the original killer of this town’s past.

Also different about the show will be the introduction of social media. In the previous movie, the slasher would communicate to his victim through a landline. In the TV installment, the killer communicates through text messages and Snapchats. In regards to which, Blotevogel said that teenagers tell you exactly where to find them and as a result, the killer “barely has to stalk” teens in order to determine whether or not they’re vulnerable.

The killer barely has to stalk a teenager anymore because the teenager tells you exactly where to find them, how they’re vulnerable, if they’re with their friends or not.

According to the show’s producer, the series will not feature a lot of blood thirsty gutting as may be expected of a horror franchise.

In a 90-minute movie, you can get away with a girl’s normal world going completely topsy-turvy, leading to six or 10 people being killed. But on TV, we’re more interested in the bigger mystery of why this is happening. We are going to give you time to get to know these characters and fall in love with them.

In other news, researchers have linked an hour of television a day to childhood obesity.

Are you excited for the series premiere of the new Scream series tomorrow?