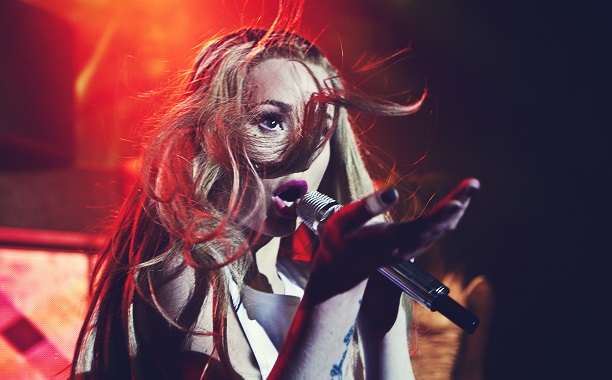 Iggy Azalea has no kind words for her mentor Britney Spears after their recent collaboration “Pretty Girls” flopped, as the singer has come out and blamed Britney for the song’s poor performance.

“Pretty Girls” hit the Top 30 on the billboards back in May when it debut, but has fallen continuously since it dropped. The hit’s video was widely publicized, even regarded as 2015’s summer song at one point, but now it appears as if the song was received with way less hype than was intended and anticipated, leaving Iggy discontent with the collaboration.

During a Twitter Q&A, Iggy attributed the song’s less than stellar performance to a lack of promotion, as she was quoted by the Daily Mail as having said during the Q&A that it’s “difficult to send a song up the charts without additional promo and TV performances.”

It’s difficult to send a song up the charts without additional promo and TV performances. I would have enjoyed performing it a lot, I think it got off to a powerful start. But you need content to compete in 2015.

Iggy went on to express her disappointment in Britney for not picking up the promotional work necessary to get the song up to number one. According to TMZ, Iggy slammed Britney as she said:

My comment is factual, it applies to any song. I dont have to suck the womans a**hole 24/7 to be her friend, do i? bye girls.

The “Fancy” singer also revealed that she wanted to make the song her own and not simply feature but Britney wouldn’t have any of it. So Iggy decided to step back and let the queen of pop take the lead while she featured.

I rewrote parts of it and it became my song, and I tried to make it all mine and keep it. Then she said, ‘No, no, I am going to take it, my album is ready.’ (…) So I swung it back her way because she’s Britney Spears, you have to do that. She gets whatever she wants. She has her verses I have my verse, but it’s not just me kind of popping in it.

Iggy is certainly no stranger to feuds over social media, as the star previously got into it with rapper Snoop Dogg.

Who, if anyone, do you think is to blame for the song’s dismal performance since its debut?