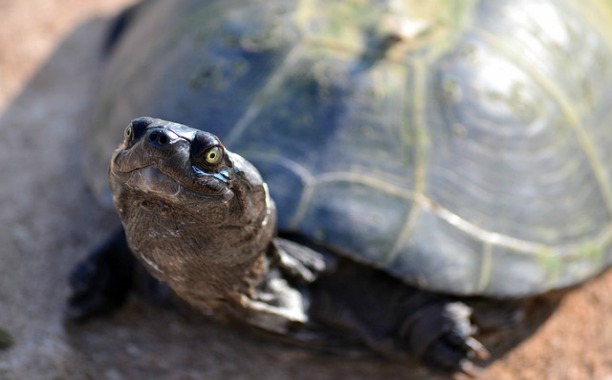 Scientists have unearthed 240-million-year-old fossils in Germany that resemble a lizard, but are in fact those of an ancestor to turtles.

A new study reveals that the fossils – which resemble a short-snouted, broad-bodied lizard – are the missing link between modern turtles and prototurtles. The discovery could fill in the missing pieces about turtle evolution.

Dubbed Pappochelys, or “Grandfather Turtle,” the discovery reveals that turtles are closely related to snakes and lizards, according to Discovery News. While the Grandfather turtle lacked a shell, it had the outline of one based on the hard wall of bones that run along the stomach and broad, “T” shaped ribs.

Reuters reports that the finding is 20 million years older than what was thought to be the earliest-known turtle, Odontochelys.  Odontochelys, discovered in China, had “a rudimentary shell on its back.” It is believed that the Grandfather turtle’s beginnings of a shell is a trait that took over tens of millions of years to evolve into today’s modern shell-boasting turtles.

Smithsonian Institute National Museum of Natural History Paleontologist Hans-Dieter Sues indicated that the turtle ancestor’s belly armor to be “composed of thick, rib-like bones that are beginning to fuse to each other in many places.”

The belly armor is composed of thick, rib-like bones that are beginning to fuse to each other in many places (…) an important stage in the evolution of the turtle shell.

It has long been debated that turtles are living dinosaurs, however the reconstruction of these fossils certainly proves the theory that turtles are in fact reptiles descended from snakes and lizards.

Scientists have put together a skeleton comprised of 18 fossils that depict a reptile with a broad trunk and a long tail. The skull is lizard-like, and rather than a beak, the mouth is made up of teeth similar to a lizards, suitable for eating bugs.

In other turtle news, researchers have found that lost sea turtles actually swim against, not with, the current.