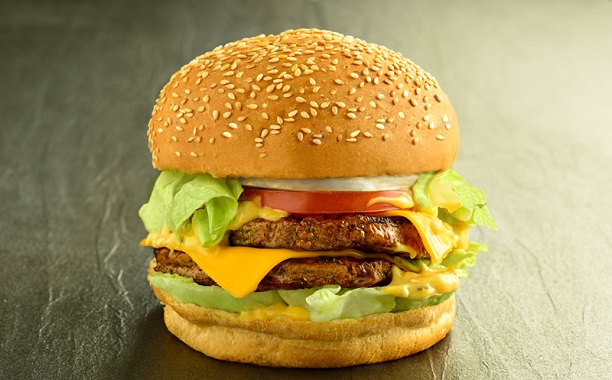 Researchers behind a new study have estimated that about two thirds of the population — 40 percent of men, 36.3 million, and 30 percent (28.9 million) of women — in the United States are overweight or obese.

The study’s findings, which were published Monday in the journal JAMA Internal Medicine, mark the first time obese Americans outnumber those who are overweight, according to The Washington Post.

The researchers behind the study, who were from Washington University School of Medicine in St. Louis, collected data on 15,208 men and women from the National Health and Nutrition Examination Survey spanning 2007 to 2012. They used this data to estimate the prevalence of overweight and obesity.

Even though the data was obtained for 15,208 men and women ages 25 and up, it serves as sample representation of over 188 million U.S. adults.

The authors of the study, Dr. Graham A. Colitz and Lin Yang of the Washington University School of Medicine, indicated that population-based strategies such as physical environment interventions are necessary to prevent the threats of obesity.

According to Medical News Today, researchers conducted a similar study 20 years ago using data taken from 1988 to 1994 in which they attempted to determine the chronic diseases associated with BMI (body mass index) and derived clinical practice and prevention strategies from the study’s findings.

The authors of the recently published study stated that in comparison to the aforementioned research conducted 20 years ago, the overall distribution of the population’s weight status has seen a notable increase.

Compared with 1988-1994, the distribution of the population’s weight status has increased in the past 20 years. The rising trends in overweight and obesity warrant timely attention from health policy and health care system decision makers.

Considering overweightness and obesity are associated with numerous chronic health conditions, including type 2 diabetes, heart disease and strokes, the findings of the study are alarming. According to the American Heart Association (AHA), financial costs incurred as a result of America’s weight gain are yet another reason for concern, as the association has estimated that obesity incurs a total cost of $190 billion a year in medical bills.

In November of 2013, the Gallup Poll, a US-based global performance-management consulting company known for its public opinion polls, found that obesity is considered to be the third most urgent health problem facing the United States.

Dr. Donna H. Ryan, a professor and associate executive director for clinical research at the Pennington Biomedical Research Center at Louisiana State University in Baton Rouge, suggested a number of possible triggers for the obesity epidemic. The suggestions include changes to sleep patterns, increased availability of food, more sedentary lifestyles and increased “screen time” which includes staring at electronic devices such as televisions, computers and smartphones.

Dr Ryan also stated that society should learn to treat obesity as a disease, rather than ascribing negative stereotypical traits to those who are overweight and obese.

If you have not had a friend, family member or colleague who has struggled with their weight and particularly if you haven’t tried to lose weight yourself, then it’s easy for you to ascribe negative stereotypical traits to overweight and obese people. It’s a lot like alcohol and drug addiction. Our society is more accepting of these conditions as a disease and less so for obesity.

Researcher Lin Yang cited technological development as the main reason for the unhealthy weight gain, pointing out how the dynamics of people’s lifestyles have changed when it comes to even basic tasks such as housework.

Technological growth has changed the dynamics of our lifestyle: how we travel to places, how we do our housework, what we do for work. For example, we have an increasing number of seating-based occupations.

In recent decades, fighting sedentary lifestyles and propensity to supersize meals has become a national priority with such initiatives including Michelle Obama’s “Let’s Move!” program aimed at children, state-funded interventions involving nutritionists going door-to-door to educate people about proper eating habits, and the Food and Drug Administration’s move to ban transfats from the food supply.