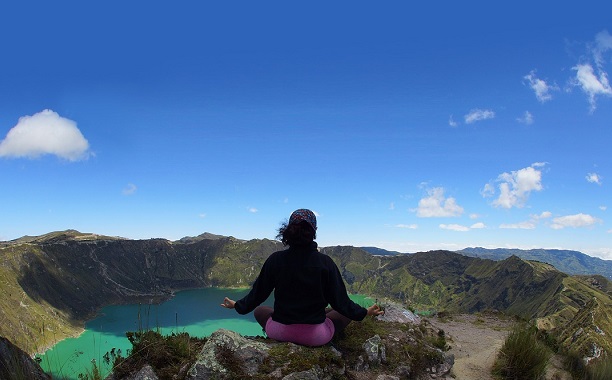 International Yoga Day was declared by the United Nations General Assembly on December 11, 2014 to be June 21.

Today marks both Father’s Day as well as International Yoga Day, the latter of which being a worldwide celebration of yoga practice, meditation and yoga awareness.

The annual Yoga Day, or “World Yog Day” as it’s also known, came after a call for the instillment of the internationally recognized day by the prime minister of India, Narendra Modi, during his address to the UN General Assembly back in September of 2014.

June 21 is not only Father’s Day and Yog Day, it’s also the longest day of the year in the Northern Hemisphere, as it marks the Summer solstice. The Summer Solstice holds special significant in many parts of the world.

In the context of yoga, the Summer solstice marks the transition to Dakshinayana, which is considered to be a time when there is natural support for those in pursuit of spiritual practices.

During Dakshinayana, a six-month period between Summer and Winter solstice, the sun travels towards the south on the celestial sphere.

During Indian Prime Minister Modi’s address to the UN General Assembly, he referred to yoga as “an invaluable gift of India ancient tradition” which “embodies unity of mind and body; thought and action; restraint and fulfillment; harmony between man and nature; a holistic approach to health and well-being.”

Yoga is an invaluable gift of India’s ancient tradition. This tradition is 5000 years old. It embodies unity of mind and body; thought and action; restraint and fulfilment; harmony between man and nature; a holistic approach to health and well-being. It is not about exercise but to discover the sense of oneness with yourself, the world and the nature. By changing our lifestyle and creating consciousness, it can help us deal with climate change. Let us work towards adopting an International Yoga Day.

In the heart of New Delhi, a record-breaking 37,000 people reportedly took part in the main early morning yoga event led by PM Modi, The Times of India reported. The event, which took place at Rajpath, established not one, but two Guinness records including the largest Yoga Class and the record for the most nationalities participating in it, of which there were 84 in all.