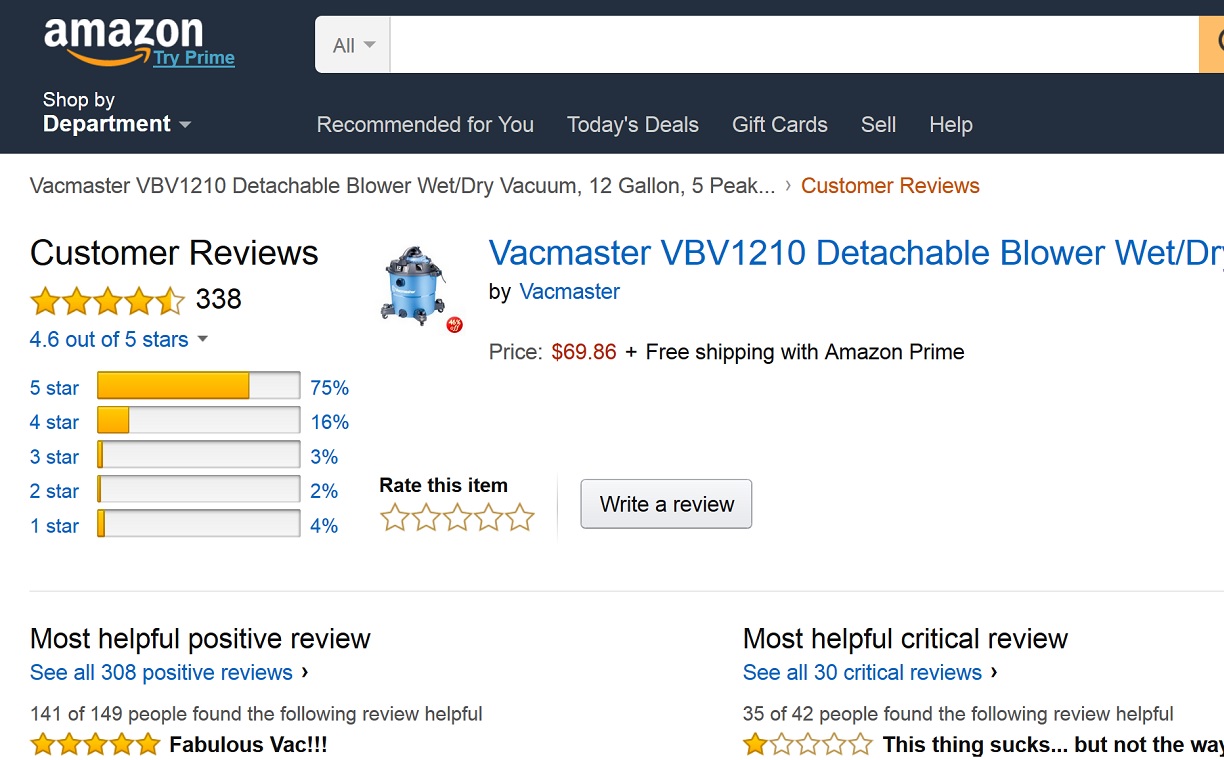 The new system, which was developed in-house, learns which reviews are most helpful to customers and subsequently improves with time, according to Amazon spokeswoman Julie Law who was quoted by CNET as having said in an interview that the new system is intended “to make customer reviews more useful.”

The system will learn what reviews are most helpful to customers…and it improves over time (…) It’s all meant to make customer reviews more useful.

Based on Law’s remarks, it’s likely that the major change made to the customer review system will initially go unnoticed by users, but as the system learns which comments are most relevant, the system will begin to gradually alter the star ratings and top reviews of products.

The 5-star rating system itself has been revamped along with the update and now weighs more heavily reviews from verified Amazon purchasers, the customer reviews which receives up-votes from others and the newer reviews. Previously, the system simply averaged the ratings of reviews, but with new metrics to consider, Amazon’s product ratings are sure to change.

Re/code contributor Peter Kafka offered his speculations in a report in which he wrote that it’s “reasonable to assume that the company hopes the overhaul will help push down bogus reviews,” solving a problem which has, according to Kafka, “plagued the site” for a long period of time.

While the major overhaul to the review system is rolling out in the United States, CNET reports that there’s no word as of present on whether the new platform will be implemented in other countries.

In other news, Amazon Game Studios announced earlier this month that it’s developing an “ambitious” new PC game, marking its first foray into the world of PC gaming. Subsequently, the company is hiring game designers and developers.

What are your thoughts on Amazon’s new customer review system?