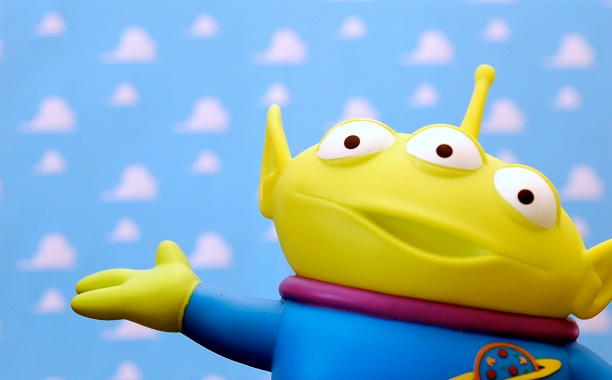 After numerous requests from fans, the folks at Screen Junkies have released an “Honest Trailer” for the Toy Story movie featuring Will Sasso and the video has quickly gone viral after it was published just two days ago.

The video, which has been seen over 1.4 million times, was uploaded to the “Screen Junkies” YouTube channel on June 16, 2015.

The humorous portrayal of the childhood favorite depicts Woody as a neurotic, egotistical control freak and Buzz Lightyear as a “delusional Taiwanese spaceman who shoots first and asks questions later.”

(…) and a delusional Taiwanese spaceman who shoots first and asks questions later.

As for Woody’s intent, Screen Junkies pegs him as a killer whose attempts to murder the much cooler Buzz eventually lead to a strange friendship between the two toys.

The movie’s main antagonist, Sidney “Sid” Phillips is portrayed in the satirical trailer as the only person to have ever successfully used a claw machine, twice. He’s described as a “creepily rendered young boy” acting up in an attempt to get the attention of his drunk dad.

As for Sid’s interactions with the toys, Screen Junkies illustrates an encounter which would surely leave any child scared for life.

The trailer’s producers jump into an existential line of inquiry derived from excessive viewing of the movie as both a child and now as an adult. The questions include:

E! Online described the trailer in a report as Screen Junkies’ “latest masterpiece” composed of “a few choice scenes” from the 1995 classic, the original Toy Story.

What are your thoughts on this satirical Toy Story trailer from the folks at Screen Junkies?