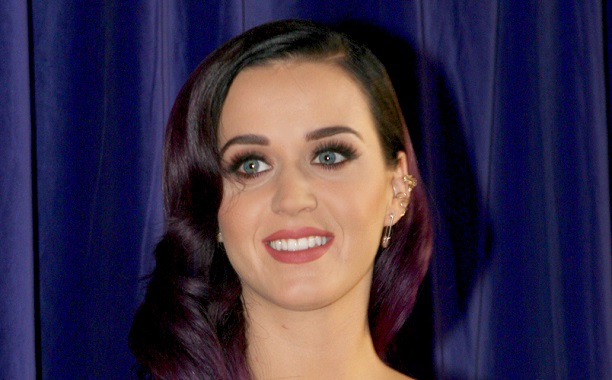 Katy Perry was unveiled as the new face of Moschino last week with a series of photo releases that saw her draped in gold and flashing side boob.

Perry is the new face of Moschino. The 30-year-old singer was unveiled last week as the brand’s new face through a series of photos where she was all dressed in Moschino.

The “Dark Horse” singer shared in the excitement of her new campaign with her fans on social media where she posted all photos from her shoot in separate  posts.

She first posted on Twitter: “MORNING! For the next five hours I will post a new KATY x MOSCHINO picture through Instagram each hour, on the hour! (sic)”

MORNING! For the next five hours I will post a new KATY x MOSCHINO picture through Instagram each hour, on the hour!

In Perry’s first photo, she posed semi naked, dressed only in a flowing Moschino robe and gold heels, showing plenty of side boob and side bum. A handbag barely swinging from her wrist was her only accessory.

The risqué photo caused a stir online, gathering over 500,000 likes in just 24 hours. The look was part of the 2015 Moschino autumn/winter collection.

In another photo, Perry wore a patched up denim and gold bra look with her version of the Kris Jenner hair-do.

In one of her popular photos, she is dressed in a graffiti peplum gown while posing next to a graffiti filled wall.

Other pictures saw the star wrapped up in puffer coats, multiple hats, tassels, boots and handbags.

Perry’s love affair with Moschino began when the brand’s Creative Director Jeremy Scott designed her dress for the 2015 MET Gala earlier this year. The dress turned out fabulous, and so began the two’s fashion affair.